On Monday, I went to Pittsburgh at the request of my JTS classmate and friend, Amy Bardack, who is doing amazing work at the Jewish Federation there. Our colleagues, and their profoundly close and engaged communities, are models of leadership amidst grief and tragedy. As Jews mourn their friends and loved ones and help their community, the regular challenges of life continue - deaths occur in congregations, family members become acutely ill and need care and attention. 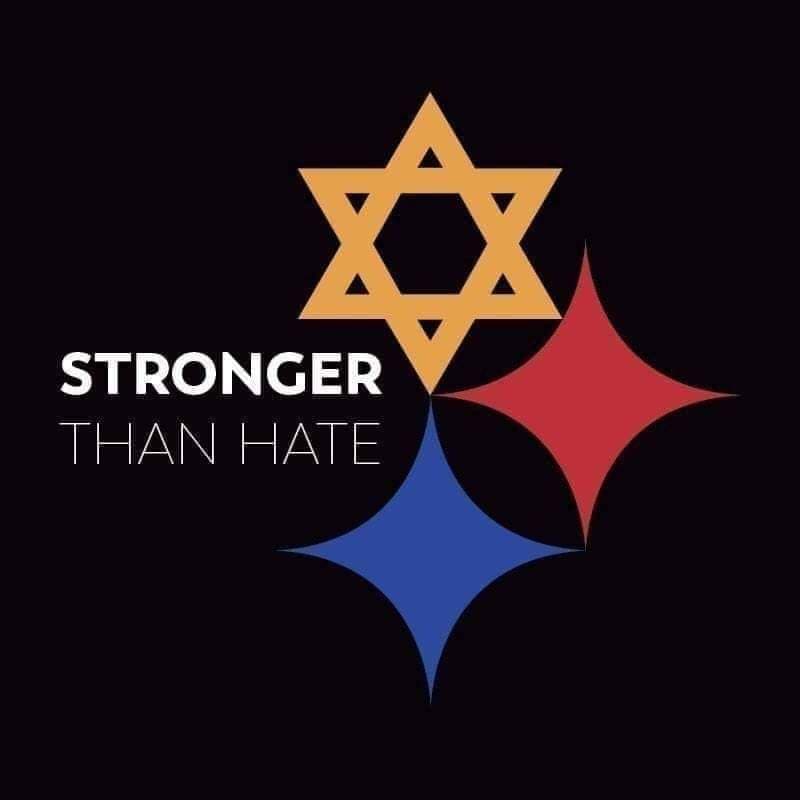 There is no way to overstate the extent to which meeting these immense challenges is made exponentially more difficult by the relentless onslaught of media, politicians, and well-meaning, grief stricken leaders and members of the national and international public of every background, faith and group. If you have tried to reach our colleagues and found their phones turned off, this is why. Shabbat will undoubtedly bring its next onslaught of public attention to this bereaved and also besieged community.
Walking the streets, listening to the hespedim, Pittsburgh, in its physical and spiritual manifestation is a testimony to both the legacy and the contemporary reality of the true greatness of American Judaism. It is no exaggeration to say that Tree of Life, which broke away from the Reform Rodef Shalom of Pittsburgh is one of the birthplaces of our Conservative movement in America. The fallen were each mizdarez l'mitzvah and accordingly, their lives tell stories of quiet decency and commitment to mitzvot.
On the whole, Pittsburgh is a close-knit community with many multi-generational families as well as people brought there by its world-class institutions. Some of the incredible strength of this city is the result of the endowments left by the industrialists and barons of the 19th century who left significant institutions of education, science and culture that continue to thrive. Pittsburgh has one of the few Jewish communities that never left the precincts of the city to move out to the suburbs, many of the historic buildings and homes within walking distance of Tree of Life are nothing short of spectacular.
I drove there and back from New York and even driving out of the city, where the landscape is more industrial, the unfamiliar eye is struck, even awed, by the grandeur and dignity of structures that spoke to a history of manufacturing, steel and industry. It gave me much to think about. As a Jew and a rabbi, my attention was fixated on a quiet, dedicated group of Jews struggling to carry out our ancient traditions under the scrutiny and chaos of the public eye.
As an American and a student of history, I could not help seeing hints of the larger social crisis that brought those floods of media and public to crowd around the unprecedented sight of Jews murdered by domestic terror in the heartland of America. Seeing it as an American-Jewish insider and a Pittsburgh outsider, I wondered how Thomas Hart Benton, whose murals depicted the everyday worker, especially in the industrial Midwest, as epic heroes, would have memorialized this moment: in the forefront would be the terrifying and excruciating randomness of the attack, the infinite value of each life lost, and the universality of the grief. In the background, the many stories of what America was and is for each of the sub-communities in Pittsburgh, whether those communities are defined by faith, ethnic origin, economic and social class or one of the other many "particularisms" now rending the fabric of our country and our world.

Being in Pittsburgh made me see the many vigils, rallies, meetings, articles and speeches happening in so many corners of the world, including my own community, in a different light. Events like this stir the deepest compassion, empathy and identification in all of us. We look upon the violence, the suffering, the loss and we see that we are all, in the best sense, Pittsburgh. At the same time, I know that rabbis are struggling mightily in our communities with an understandable level of fear that is as unprecedented as the event itself, a sense of "dread, realized" that is exceptionally difficult to navigate, especially in those uncertain, dysregulated hours or days of aninut and months of aveilut that Judaism understands so well.
This week's Torah portion, Hayyei Sarah, begins with Avraham's purchase of the cave of Machpelah as a burial place for his beloved wife. Many have commented on the significance of Abraham's insistence that he purchase the spot and establish unambiguous ownership and rights to it. For our Jewish nation, whose history would be defined by being violently forced out of so many countries that we contributed to for centuries, this one act by Abraham carries immense significance.
Perhaps for our 1700 colleagues, spread around the world in nearly every place where a Jewish community resides, we can recall what it means to each of our communities to recognize that we are each experiencing this tragic loss from the actual, physical place where we are. Pittsburgh is mourning in Pittsburgh. Each Jewish community, while sharing so much in common, is also grappling with making meaning and centering ourselves where we are, understanding how we relate to our neighbors, our local officials and the future we see for ourselves, both its challenges and its opportunities. It is hard to keep our communities from rushing to find ways to restore a feeling of security during a moment in the lives of many Jews when it is very difficult to "feel" secure, no matter what we do.
By rabbis sharing our personal presence, our Torah and our compassion, we take a small but crucial step to helping the Jewish community stabilize and recover. We remind our constituents and each other of the reason that the world is watching to see what we will do in the aftermath of this attack. The resolve of the world Jewish community to never give in to terror or hatred has lit the lamp for many of the most significant efforts the modern world has known in arenas of democracy, open society, tolerance and humanitarian conviction. We must enter and leave this Shabbat, in possession of ourselves, our values, and our right to inhabit our prayer spaces in peace and security.
In friendship,
Julie