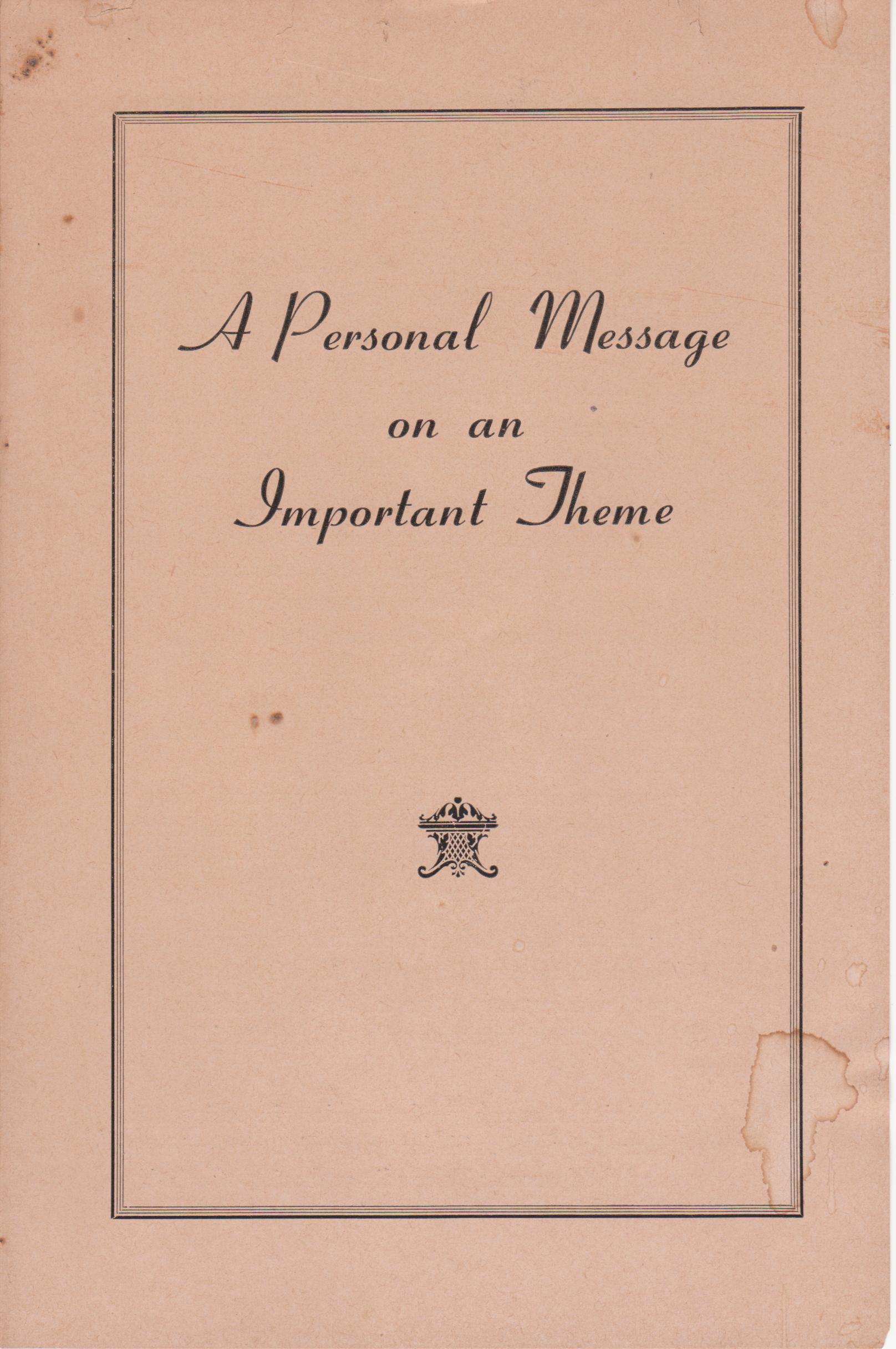 “A Personal Message on an Important Theme.” These vague words written on the cover of a long forgotten pamphlet gave little hint as to the weight of the history found inside.

In 1942 as thousands of Jewish men were drafted into the military and sent overseas, the Committee on Jewish Law (now the Committee on Jewish Law and Standards) took action. In traditional Jewish law, a divorce has to be initiated by the husband. A woman whose husband will not or cannot initiate a divorce is unable to remarry. She is called an agunah, a chained woman (plural agunot). This poses problems in ordinary times (and unfortunately agunot still exist in our day), but the 1940’s were not ordinary. Rabbi Boaz Cohen, chair of the committee on Jewish Law, in an address to the Rabbinical Assembly membership in 1942 writes “In consequence of the present conflict in which we are engaged, the number of Agunot will multiply rapidly, and that some war time measure must be adopted to alleviate the condition of innocent women caught in the machinery of the law.” (Proceedings of the Rabbinical Assembly, 1942)

That measure was explained in this pamphlet to be distributed to couples before their wedding. The pamphlet describes the halakhic solution as “a form of insurance against a tragedy we fervently hope will never occur.” It explained a process whereby a rabbi could be empowered to begin the Jewish divorce process should the husband be missing in action overseas.

Though years have passed, and the pamphlet forgotten, on Memorial Day, those of us in the United States remember those who have made the ultimate sacrifice in service to their country. We remember their commitment, and appreciate their dedication to ensuring the safety and freedom of others.

The pamphlet closes with the following words which ring true even 70 years later:

“God grant the peril of these times provide the prelude to a happier day, when all men and women will taste to the full the blessings of joy and gladness, pleasure and delight, love, brotherhood, peace and fellowship, which is God’s portion for his children”

And may it be so speedily and in our day.

this was really wonderful to

this was really wonderful to read. thank you.

A Personal Message on an Important Theme

Do you have the actual document/form that was signed by the husband?

If so, could you forward it?