The JFNA General Assembly concluded with a walk from Safra Square to the Kotel. The Masorti/Conservative and Reform movements held a minhah service where Tammy Gottlieb served as sh'lihat tzibbur. In addition, short remarks were offered by Natan Sharansky, Yizhar Hess, Julie Schonfeld, and Rick Jacobs. The platform and surrounding area were full with enthusiastic and curious GA Participants; the spirit was warm and hopeful.

The Masorti/Conservative and Reform streams are in active and ongoing negotiations with the Office of the Prime Minister to create a compromise based on the Sharansky plan. The Sharansky plan calls for a compromise that will create an expanded space for worship in the area now known as Robinson's Arch and will be under the religious direction of a council with official recognition and representation by the Masorti/Conservative and Reform movements.

The message below, from Stuart Weinblatt, Director of Israel Policy and Advocacy, elaborates on the importance of visiting the new "Azarat Yisrael" section of the Kotel:

Most of us are familiar with the words of the classic text, “If you build it, they will come,” (S'deih Ha-halomot, Field of Dreams).

For years we have endured the difficulty of holding our Masorti services in the cramped area at the southern part of the Western Wall. We have called attention to how inadequate the facility is due to the lack of accessibility, the need to pay to enter, the limited hours it is open and the lack of lighting. 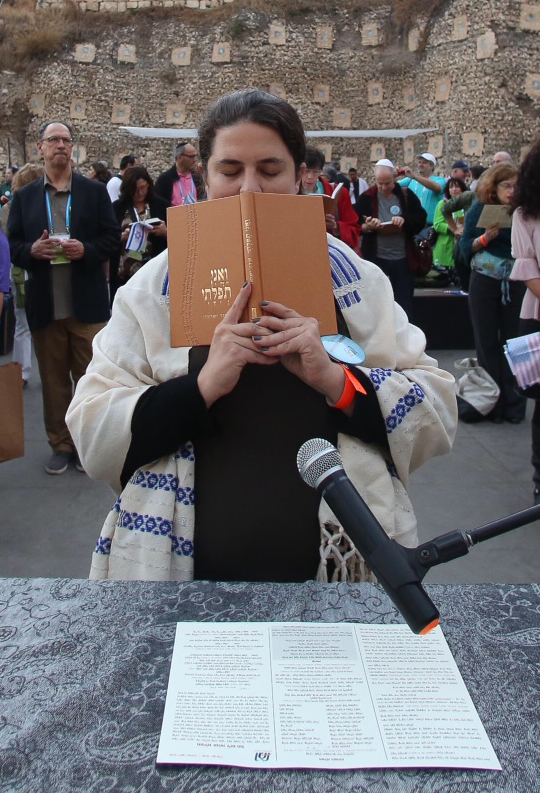 A number of these issues are being worked on by the current government towards the fulfillment of the principles laid out in the Sharanksy Plan. In August, just before the High Holidays, an expanded platform was created called Azarat Yisrael, near Robinson’s Arch. While this platform is an entirely different entity from what is envisioned in the Sharansky plan, neither in physical size and character, nor in funding nor in governance, this is an important first that provides a bigger space with adequate lighting and access where we will be able to conduct egalitarian tefillot.

We therefore call upon all colleagues traveling with groups to Israel to bring them to this part of the Kotel. We want to encourage you to conduct your b’nai mitzvah ceremonies, as well as other Tefillot, there. The nature of what will become established practice depends on what we will do. It is important that the “minhag hamakom” that is created will be an alternative to the current Orthodox custom which prevails at the Kotel. The precedent we establish will ultimately become the status quo for the area, and we all know how important the status quo is. Please be sure to share this message with your local community Federation groups and other groups who will be visiting Jerusalem as well to encourage them to come and make use of the new space.