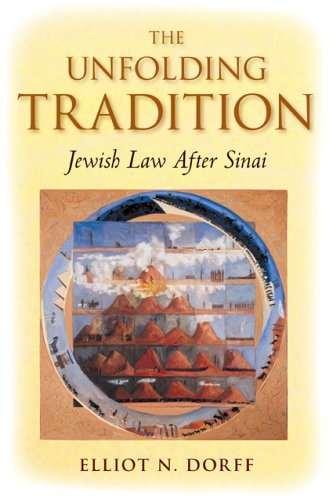 The Unfolding Tradition: Philosophies of Jewish Law analyzes the biblical and rabbinic roots of Jewish law as interpreted by leading rabbis of the Conservative movement. The book includes readings by Zachariah Frankel, Solomon Schechter, Mordecai Kaplan, Robert Gordis, Jacob Agus, Abraham Joshua Heschel, David M. Gordis, Louis Jacobs, Joel Roth, Neil Gillman, Edward Feld, Alana Suskin, Raymond Scheindlin and Gordon Tucker, as well as theorists on the right and the left of the Conservative movement. The book also compares Jewish and American law, and asks questions about the nature of legal systems, the relationship between law and religion, and the evolution of law.

This landmark volume is an indispensable resource for anyone who wants to understand the roots, development and interpretation of Jewish law in general, and for those who wish to know how Conservative Judaism evolved and what it represents.