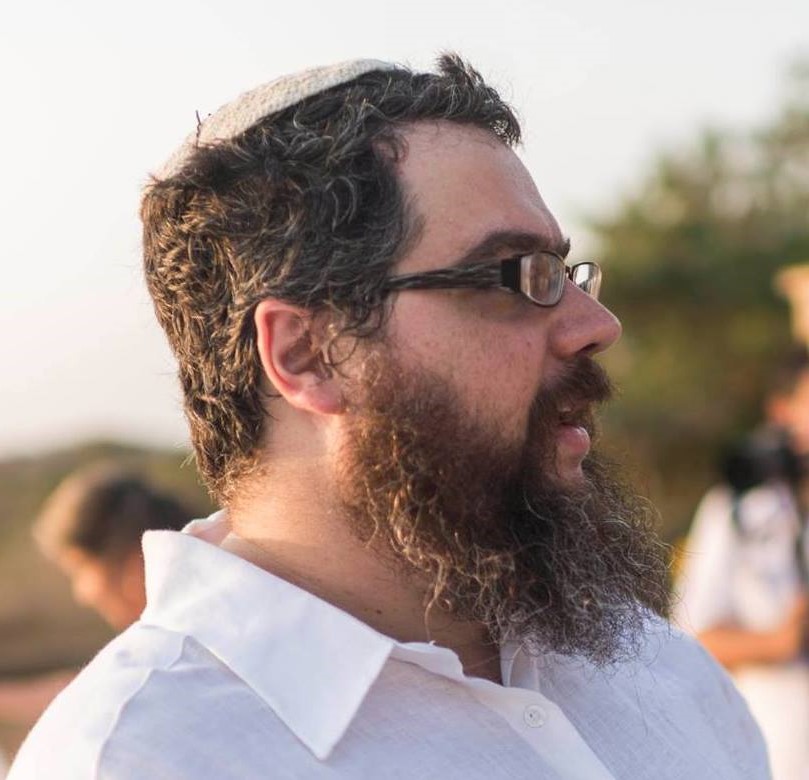 As part of our ongoing efforts to highlight the wonderful diversity of the Conservative/Masorti rabbinate, we spoke with our colleague Juan Mejia, who has been providing needed materials and guidance to Jewish people and potential converts in Latin America. Below, he shared his own path to finding Conservative/Masorti Judaism, as well as how he’s reaching and connecting with thousands of people online.

What inspired your conversion from Catholicism to the Conservative/Masorti rabbinate?

I think there are three separate parts to my story. When I was 15 years old, like many Latinos, I discovered that there was some Jewish background in the family. In the beginning, that was a very important, very salient part of my identity. The lasting impact it had was that it got me interested in Judaism. When I was growing up in Colombia in the 80s and 90s, Colombia is very different from America, there’s not a lot of Judaism made public. People don’t really have the possibility to experience the difference or the diversity. Then, when my grandfather told me that his family used to be Jewish, it motivated me to find out a little bit more about Judaism. So I learned more about Jewish history, because otherwise it would have been incredibly alien.

The second part is that once I entered college, I was no longer identifying as Catholic or Christian.  Christian theology made very little sense to me; I studied philosophy, that was my major, so I was coming from a very intellectual perspective. The approach to Christian and Catholic theology made no sense, but I didn’t have a living alternative. When I was 20, I took this grand tour of Europe and ended up in Israel for three months. That was where I had first-hand exposure to Jewish living that I’d never had. Here, I’m surrounded by Jewish culture and religion and language and music, and biblical teachings. And it was all incredibly inspiring. This pulled me harder than I thought. In the beginning, I was rationalizing, telling myself “oh this is because I have Jewish ancestry,” but the more I learned about Judaism, the more I discovered that this was what I really believed. I believed in a rational religion of responsibility and profound optimism. The more I learned about it, the more I fell in love with Judaism.  This was at the turn of the millennium, so I was very fortunate to be able to read English and have access to the Internet because finding Jewish literature in Spanish was almost impossible in Colombia where I was.

And then, when I realized, this is what a spiritual home means to me, this is what I want to develop and blossom as a human, I was very fortunate to be offered a masters scholarship at Hebrew University, so I finished my conversion there, which was preceded by almost four years of doing it practically on my own. The Jewish communities in Latin America were not as welcoming as an American community would have been. It’s not like you can just walk down the street to a synagogue. Conversion programs are usually limited to people who are marrying into the community or might have a Jewish parent. But not just anyone could walk into a synagogue and say “I want to convert.” It’s very rare then and it’s still unfortunately quite rare.

The third part occurred when I was in Jerusalem. In the beginning, like many people who convert, I started at Orthodoxy. But I saw a lot of the things that turned me off Catholicism were still very present in Orthodoxy. I had always been religiously egalitarian. I found no reason for women not to be able to be priests; I found that the appeal to “oh it’s a mystery, don’t inquire,” left me conflicted. It sounded much the same in Orthodoxy so that’s what led me to Conservative/Masorti Judaism proper. And once I started participating in an observant Conservative/Masorti community, I realized that this is my real home in Judaism. And then I met my wife at the Conservative/Masorti Yeshiva. She already knew that she wanted to be a rabbi, so she was there to improve her Hebrew and get some text skills, and I was going to begin my PhD in philosophy. But then I discovered that I was not alone. There was this growing number of people in Latin America that were interested in Judaism, whether because they had Jewish roots or believed they had Jewish roots, or simply because there were objectives that attracted them to Judaism and that led me to rabbi to them.

I could identify with their loneliness because the local shuls – if there were local shuls – were mostly in incredibly isolated areas with no Jews. But even the people who were lucky enough to be in the cities with Jewish communities were getting nowhere. I mean, literally, they can’t enter the building, they can’t get rabbis to answer their emails, so I felt this great deal of empathy and that’s when my wife said “look, this is what you didn’t know you need, these people are where you were six years ago, and you have some Torah, so why don’t you share it with them?” That’s why I got turned around again. I entered the rabbinate with a very clear objective of being a rabbi to people in Latin America, and Spanish speakers. If you’re in America and you’re looking for Judaism, you have plenty of resources to guide you. But Latin America is far more complex and there’s less material, and that’s what I view as my rabbinic mission. My rabbinic mission is to be a resource for those people who are on the outside of Judaism and offer them knowledge or when I can, offer them a way into Judaism.

How are you able to teach Judaism to Jewish people in Latin America? What is the process like? 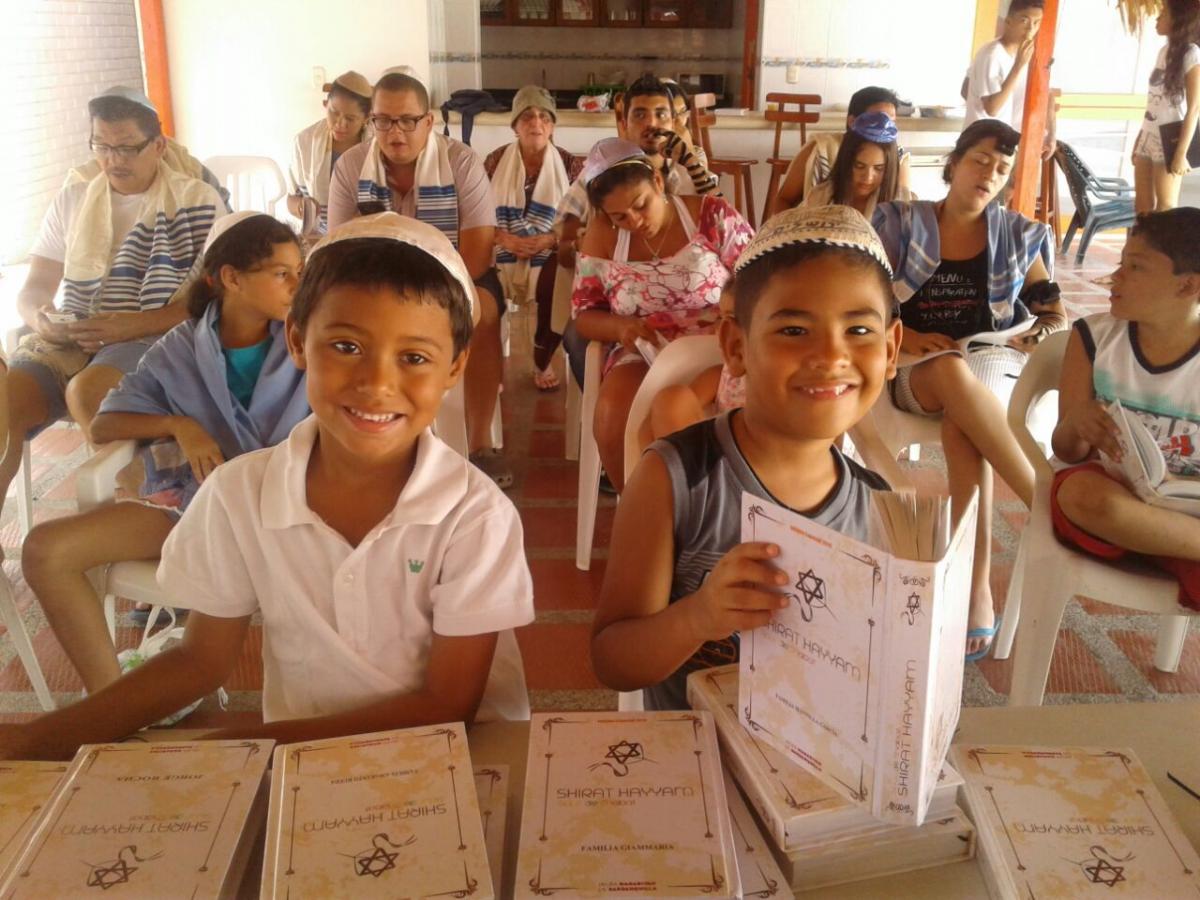 There are two levels, two tiers of the work I do. I don’t identify myself as a virtual rabbi because I say that has a stigma. Especially as you get the younger rabbinate, a millennial rabbinate – every millennial that I met is a virtual rabbi, to some extent. I’m just doing it in an area with political, racial, and social tensions. So, there are two tiers to the work I do. One is that I do general education about Judaism online. When I was at seminary, I wondered how I could help the people in my community. And the first thing I did was to produce a free translated, free transliterated, free commented Sefardic siddur in Spanish. And then I did the shabbat edition, then I did the daily edition, then I did Ashkenazi, and now I have an app that has about 4,000 downloads. And that was a creative idea, translating stuff that hasn’t been translated. First and foremost, my main contribution has been as a translator.

My siddurim are used throughout the continent, in established communities. For example, two Masorti communities in Cuba use my siddurim. I didn’t know this; one person from the community at my home was like, “I went to the shul in Cuba and they’re using your siddur.” Wow, that’s mind-blowing. I would say it is used quite extensively by the people I’ve made this siddur for. The emerging Jews, the new Jews, the emerging communities. People who are coming from without Judaism, coming from the outside and if you handed them a Sim Shalom, they wouldn’t know what to do with it. They can’t read Hebrew, they can’t read English, so I’m creating resources in Spanish for that community.

In that same tier of public Jewish education, I have been teaching pretty much nonstop for the past 12 years and all of that content is mine, and free and available. Whether it’s Mishnah or Talmud or parsha or mussar, I teach classes online and those classes are open to pretty much everybody. I usually interact with people before I let them into my class. They say, “I have a sincere interest in Judaism and yet I have a juvenile Jewish education.” Most of my teachings now live on my YouTube channel, koltuvsefarad, which now has over 9,000 subscribers and over 1.5 million video views. So that is the first tier, and I get questions and I answer them and I interact. I see my vision of that tier as I just want people to get good information about Judaism. I want to increase the amount of clear Judaism, authentic Judaism taught in Spanish with the underlining assumption that when I teach about why, I know that most of my audience is not yet Jewish, so I have to teach in a very particular way. I can’t abuse the use of Hebrew. I have to translate everything. I can’t say that you can go to your local kosher store or your local synagogue; there might not be one.

In the second tier, there are people who love Torah, they identify fully with it, they don’t want to be Orthodox or Reform, and they don’t just want to learn about Judaism. They want to be Jewish and need someone to guide them. So with these groups, I start a very long process of getting to know them, making sure they have pure intentions. I can’t promise that they’ll be able to move to Israel. In Latin America, some people want to convert to emigrate, so I need to make sure that people are just interested in Judaism for its own sake. You really have to prove that I’m not a stepping stone to a better life in Israel or to Orthodoxy, because I’m not going to waste my time.

The RA is looking to highlight the diversity of the rabbinate by featuring RA members across a variety of rabbinic roles in congregations, schools, organizations, and communities. To nominate a colleague, email Diana Denza, our Marketing and Communications Specialist, at ddenza@rabbinicalassembly.org. Please provide your colleague's full name along with a paragraph about why you're nominating them in the body of your email.